From Gerry Anderson, the creator of "Thunderbirds" and "Captain Scarlet", comes "Terrahawks" the eighties puppet science fiction series seen here in four 'supermacromation' episodes. "Expect The Unexpected Part 1" - Space: 2020. Humans on the NASA Mars Expedition base make first contact with an alien species. Unfortunately, the alien is Zelda, Imperial Queen of the Planet Guk and she destroys the base as the first step in her plan to destroy all human life on Earth. The moment has been prepared for, and Zelda and her family must face the Terrahawks. Using her control over matter, she prepares her first attack... "Expect The Unexpected Part 2" - The Terrahawks withstand Zelda's first attack, but Ninestein is faced with an unexpected development - Zelda returns to Earth under a flag of truce. She promises to use her incredible powers for the good of mankind, but can Ninestein trust her, and can Sergeant Major Zero overcome his programming and disobey a direct order? "Thunder-Roar" - Zelda has thawed out the terrifying Sram, Lord of the planet Felony, whose mighty roar is able to shake space itself. Crash-landing on Earth, the Terrahawks close in on Sram, only to find out that this is one opponent who is at his most dangerous when injured, and Tiger might not live to tell the tale. "Close Call" - Reporter Mark Darrell knows too much about Terrahawks and the threat to Earth, and tells all on worldwide TV. When Zelda contacts Darrell and promises him the secrets of the Terrahawks, Tiger is forced to decide how far he will go to defend the Terrahawks against a security risk from a human source. 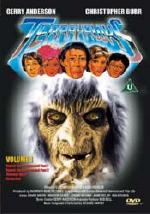 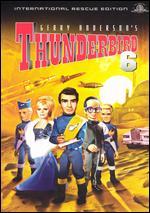 Stand by for another action-packed adventure from the amazing international rescue team! There's exc... 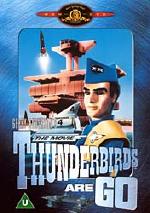 Strap in with the incredible Tracy team and prepare for takeoff. All systems are go as the amazing e... 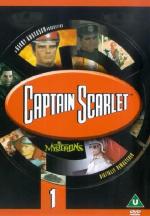 Captain Scarlet and the Mysterons: Volume 1 (1967)

2068: Earth is at war with a bizarre Martian enemy - the Mysterons. Only Spectrum, the world securit... 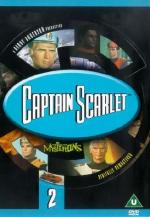 Captain Scarlet and the Mysterons: Volume 2 (1967)

2068: Earth is at war with a bizarre Martian enemy - the Mysterons. Only Spectrum, the world securit... 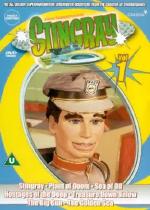