Aka "Jalla! Jalla!" Roro (Fares Fares) works as an attendant in a Stockholm park with his best friend Mans (Torkel Petersson) and dotes on his Swedish girlfriend, Lisa (Tuva Novotny). Their romance is kept secret because his parents would disapprove. In fact his family believes he's still eligible and they devote much of their time to finding him a Lebanese bride. One such contender Yasmin (Laleh Pourkarim), conspires with Roro to dupe their families with a bogus engagement. Meanwhile, poor Mans just can't get it up, and he and his girlfriend turn to an increasingly desperate series of cures. A massive hit in Sweden, "The Best Man's Wedding" combines rude energy and often ruder humour in a tale of culture clashes and sexual crises. 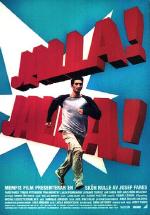 Gay Taiwanese-American Winston Chao tries to fool his parents via a fake wedding, with unexpected co... 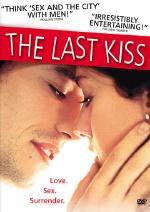 Aka "L'Ultimo Bacio". Carlo (Stefano Accorsi) and Giulia (Giovanna Mezzogiorno) are a couple in thei...