Mozart's immortal adaptation of Beaumarchais' satirical tale has always been a Glyndebourne staple, so it was appropriate that this delightfully traditional production of "Le Nozze di Figaro" was chosen to reopen a refurbished Glyndebourne in May, 1994. Here, John Gunter's set design is airy and uncluttered, leaving the actors plenty of breathing space, while director Stephen Medcalf likewise allows the characters to speak (and sing) for themselves. Gerald Finley's Figaro and Alison Hagley's Susanna make a charming central pairing; Renee Fleming and Andreas Schmidt are a formidable aristocratic duo, while Marie-Ange Todorovitch fills Cherubino's trousers with pleasing playfulness. Conductor Bernard Haitink and the London Philharmonic sparkle, as of course they should. Unfussily filmed, this is as close to the real thing as you are likely to get without a Glyndebourne season ticket. Sung in Italian. 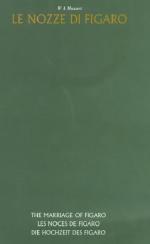 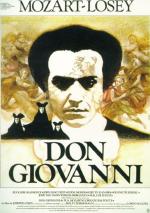 The tale of womaniser Don Giovanni and his servant Leporello. Giovanni's attempts to woo Donna Anna... 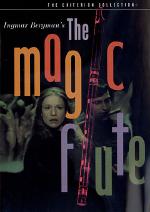 Ingmar Bergman puts his indelible stamp on Mozart's exquisite opera in this sublime rendering of one... 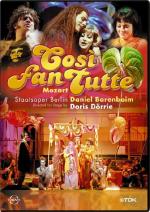 Mozart's delightful opera "Cosi Fan Tutte" is given a contemporary makeover in this German productio... 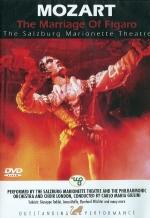 This unusual production is one of a series of Mozart's works performed by marionettes! The Salzburg... 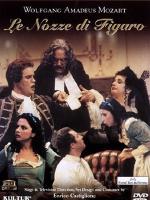 Based on a stage comedy by Pierre Beaumarchais, "Le Nozze di Figaro" ("The Marriage of Figaro") was... 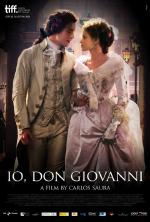