A.k.a. "The Swindle". The second film in master Italian director Federico Fellini's "trilogy of loneliness" - with "La Strada" and "Nights of Cabiria" - "Il Bidone" (a.k.a. "The Swindle") is a powerful, humorous and heartbreaking portrait of an aging man's redemption from a life of crime and deception. Augusto (Broderick Crawford, in a role originally intended for an ailing Humphrey Bogart) is a con artist, one of a trio of swindlers preying on poor peasants in the Italian countryside. However, when Augusto is unable to offer devotion and support to the daughter he loves he is struck by the meaningless of his trade. Following themes explored in the first film of the trilogy, "La Strada", and later in "La Dolce Vita", Fellini portrays a man torn between decadence and personal conscience, but whose innate humanity drives him to seek salvation. 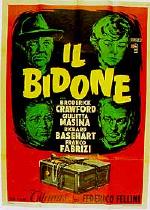 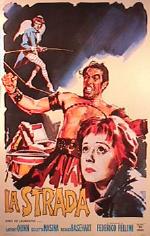 AKA 'The Road'. Fellini's Oscar-winning study of a brutish carnival strongman (Anthony Quinn) who us... 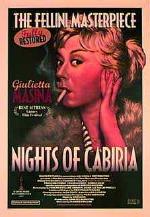 The third of Fellini's trilogy of solitude. 'Nights of Cabiria' features Giulietta Masina as an impo... 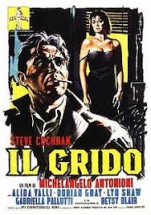