August 1980, in the heart of the Australian outback, a baby vanished into the night. A nation and then the world became fascinated by the mystery, curious that the mother claimed a dingo took her baby, intrigued that perhaps she was in fact a murderer. For the first time "Through My Eyes", tells the true untold story of Lindy Chamberlain, how an ordinary mother found herself accused, then convicted of murder. 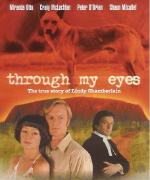