Based on the iconic Graham Greene novel and set in 1964's Mods- and Rockers-infused Britain, screenwriter Rowan Joffe's debut feature Brighton Rock embraces the classic elements of film noir and the British gangster film to tell the story of Pinkie, a desperate youth who is hell bent on clawing his way up through the ranks of organized crime. When a young and very innocent waitress, Rose, stumbles on evidence linking him to a revenge killing, he sets out to seduce her to secure her silence. Starring up-and-coming British actors Sam Riley (Control) and Andrea Riseborough as the young couple, and co-starring veterans Helen Mirren and John Hurt as two friends who set out to save Rose from Pinkie's deviant designs, 'Brighton Rock' is a sexy, stylized re-telling of one of the classic tales of innocence and evil. 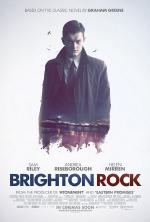 Rating: R16 - Contains violence and offensive language and content that may disturb. 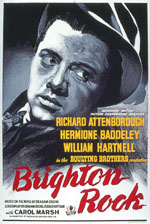 A brutal look at the British underworld as seen through the amoral eyes of teenaged thug Pinkie Brow... 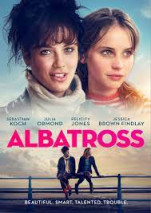