Normally speaking, bears live above ground and mice live below, and they don't get along at all. Brought together by chance, young Célestine, a plucky little mouse trying to avoid a career in dentistry, and grumpy Ernest, a big bohemian bear, form an improbable friendship. The two soon overcome their natural enmity by celebrating self-expression, living as outcasts on the run and creating la vie bohème in a winter cottage. But it isn't long before their friendship is put on trial by their respective bear-fearing and mice-eating communities.  Nicola Marshall Based on the stories and gorgeous watercolor illustrations of the late Belgian artist Gabrielle Vincent, Ernest & Célestine pops to life with a lush palette of color in an adventure that is at once dark and foreboding, but also strange, surreal and frequently hilarious. The pair become fugitives, outcasts from both the aboveground lair of the bears and the underworld relegated to the mice. Strangely enough, both worlds seem to be obsessed with dental hygiene. A trio of virtuoso animation talents team up to bring Vincent's vivid storybook world to the screen. Benjamin Renner whose acclaimed short, A Mouse's Tale, parallels Ernest & Celestine, began the project before enlisting A Town Called Panic filmmakers Stephane Aubier and Vincent Patar to join him and infuse the film with their signature absurd humor. The trio has put together a sumptuous-looking fairy tale  the winner of the 2013 Cesar Award for Best Animated Film  told with Old World charm that will delight children and adults alike.  Bob Hoffman, San Francisco International Film Festival 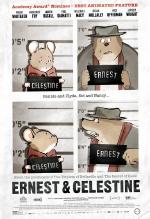 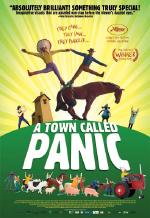 They came... They saw... They panicked... From the wild imaginations of a pair of Belgian claymatio... 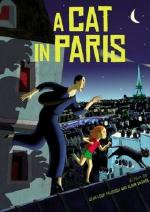 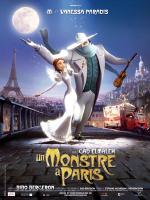 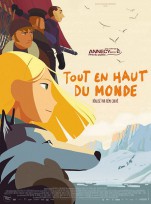