An inspired collaboration between Nick Cave and British filmmakers Iain Forsyth and Jane Pollard, this seductive portrait purports to take place over the 24 hours of the 20,000th day of Cave's life. Footage of Cave and The Bad Seeds recording their 2013 album Push the Sky Away is mixed with scenes  some strikingly candid, others elaborately staged  in which Cave both kids and illuminates his ominous persona. There's generous assistance from his archives and from writer Darian Leader in the guise of his shrink. Friends and collaborators (Ray Winstone, Kylie Minogue, Blixa Bargeld) contribute memorably from the back seat of a Cave-chauffeured Jag. What makes 20,000 Days on Earth distinctive is that it provides an overview of the man and his art while creating the illusion that this has come together organically  out of poetic ruminations, casual encounters, ghost-like visitations and good old Freudian psychoanalysis... On a purely technical level this is a richly cinematic documentary that showcases some beautiful film craft. Erik Wilsons cinematography brings a hypnotic sense of place, amplified in the moody strains of Cave and Ellis melancholy underscoring. Jonathan Amos editing is indispensable in navigating the dreamy shifts in and out of Caves head. His montage near the end of performance moments from over the years, folded into footage from a Sydney Opera House show, is a stunner& Longtime Cave-men (and women) will be bewitched, along with a fair share of folks drawn in simply by the films unique investigation into the mind of an artist.  David Rooney, Hollywood Reporter 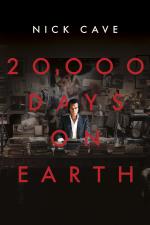 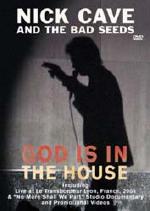