Astaire and Rogers: The Gay Divorcee / Swing Time / Top Hat / Shall We Dance

THE GAY DIVORCEE - In this beloved musical, Mimi Glossop (Ginger Rogers) journeys to England to seek a divorce from her absentee husband. When Mimi meets dashing performer Guy Holden (Fred Astaire), sparks fly, and, most importantly, lavish song-and-dance numbers ensue. While romance and comedy factor into the film, the production is largely a showcase for the legendary talents of Rogers and Astaire, most notably displayed in an extended sequence during the third act. SWING TIME - Dexterous and risk-taking Lucky Garnett (Fred Astaire) pursues dancing and gambling with equal verve. Engaged to the pretty Margaret Watson (Betty Furness), Lucky gets pre-wedding nerves, which leads to the ceremony being called off. Margaret's father decides that Lucky can have a second chance at marrying her if he can make $25,000, so he heads to New York City to seek his fortune. When Lucky meets the beautiful dance teacher Penny Carroll (Ginger Rogers), however, his priorities soon change. SHALL WE DANCE - Peter P. Peters (Fred Astaire) is an American ballet dancer working in Paris. After happening across a photograph of tap-dance sensation Linda Keene (Ginger Rogers), Peters falls instantly in love and, using his connections, arranges for a meeting. Unfortunately, Peters's overzealous nature leaves Keene unimpressed and a rumor begins circulating that the two are secretly married. In order to quell the rumor Peters and Keene decide to actually get married and then seek a prompt divorce. TOP HAT - The story centers on wealthy Dale Tremont (Ginger Rogers), on holiday in London and Venice. She assumes that American entertainer Jerry Travers (Fred Astaire) is the husband of her friend Madge (Helen Broderick) -- who's actually the wife of Jerry's business manager Horace Hardwick (Edward Everett Horton). 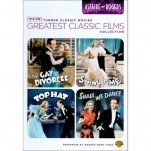 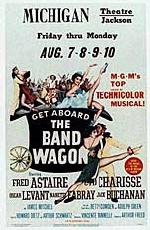 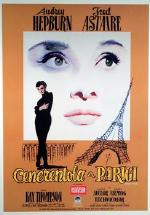 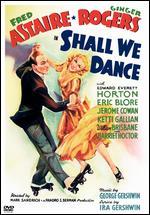 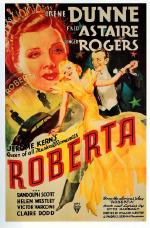 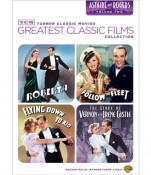 Astaire and Rogers: Roberta / Follow the Fleet / Flying Down to Rio / The Story of Vernon and Irene Castle (1939)