I Bury the Living

A bone-chilling little mood piece, almost completed dominated by Richard Boone. Expertly avoiding the obvious throughout the film, Boone gives a thoroughly credible performance of a troubled man who labors under the misapprehension that he is God. He plays the new chairman of a large cemetery; in his office is a map of the grounds, with black pins representing the occupied plots, and white pins representing plots that have been purchased but not yet filled. When He inadvertently mixes up the black and white pins, several of the plot owners suffer untimely deaths. Inevitably, Boone becomes convinced that he has the power of life and death--a conviction that doesn't completely dissipate once the secret behind the sudden deaths is revealed. 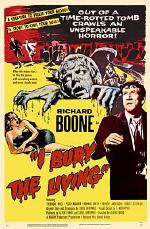 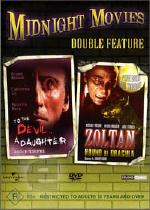 To The Devil A Daughter (1976) Christopher Lee plays a defrocked, devil-worshipping Catholic priest... 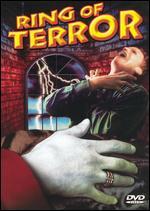