Launched by the BBC in 1971 this seminal music show was a unique platform for performers. To mark the 30th Anniversary of the first show, 45 outstanding performances from the wealth of the Whistle Test archive have been compiled, alongside 6 major interviews. Some of the recordings have not been seen since they were first broadcast. Artists featured include: Iggy Pop, New York Dolls, Roxy Music, XTC, The Damned, The Police, Alice Cooper, Tom Waits, Talking Heads, U2, Elton John, John Lennon and Bob Marley and the Wailers. 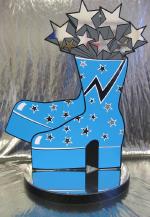 Relive the days of men in platform shoes, satin trousers, and lipgloss with this compilation of tele... 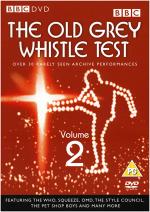