Impact (1949) - Brain Donlevy is Walter Williams, a wealthy industrialist whose vicious, two-timing wife, Irene and her lover, Jim Torrance, plot Walter's death in an "accidental" car crash. Plans go awry and Torrance is killed instead. The police believe that it is Williams' charred body that is found in the wreck, and declare him dead. Assuming a new identity, Williams ends up in a small town in Idaho and begins life over again, falling in love with beautiful Marsha Peters (Ella Raines). Walter returns to San Francisco to confront Irene, but an unpleasant surprise awaits him - an indictment for murder. Strange Illusion (1945) - Paul (Jimmy Lydon), an unbalanced teen whose father was once Lieutenant Governor of California before his mysterious death, is haunted by nightmares in which his father warns him of a dangerous stranger that is going to threaten him and his family. Through the help of his friend, a psychiatrist (Regis Toomey), Paul realizes that his dreams are coming true, and that Brett Curtis (Warren Williams), the man his mother is about to marry, is actually a homicidal maniac, seeking revenge by destroying Paul's entire family. 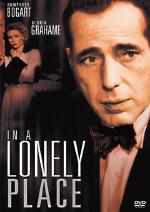 Humphrey Bogart stars in this hard hitting drama about an alcoholic Hollywood screenwriter who is pr... 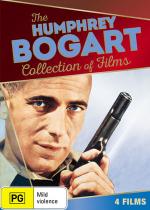 The Humphrey Bogart Collection of Films: Across the Pacific / All Through the Night / Bullets or Ballots / Dark Passage (1936)