A vivid, but loose, BBC adaptation of Dennis Wheatley's highly innovative psychological novel 'The Haunting of Toby Jugg'. Tells the chilling tale of a WWII airman ('Twilight's' Robert Pattinson), wounded in combat, who comes home to recuperate. Holed up in a remote mansion in Wales, the wheelchair-bound airman begins to experience terrifying hallucinations and nightmares. Clearly traumatised by what he witnessed during the war, he appears distrustful of everyone around him; from his psychiatrist to his devoted aunt. Are these simply the paranoid thoughts of a disturbed mind or is there a more sinister explanation? Julian Sands and Rachael Stirling co-star. 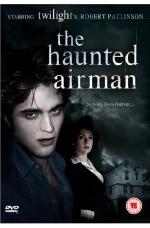 Charles Dickens' chilling tale of a haunted railway track. The signalman at a lonely country station...