'Walk Cheerfully' 1930. Kenji is a small thief who likes drinking and fighting. When he falls in love with sweet and simple Yazue, and she finds out what kind of guy he really is, she leaves him 'until he becomes an honest person'. But it is not easy to get rid of one's past... 'That Night's Wife' 1930. A desperate man with a sick daughter decides to commit a robbery in order to help her. He begins to feel remorse though, which makes him question his decision. 'Dragnet Girl' 1933. Tokiko is an office typist who is more pleased at catching the owner's son attention than he knows. That's because her real boyfriend is Joji, a washed up boxer turned gangster and her employer is a great opportunity to milk him for them both. However, when Kazuko, the innocent sister of Hiroshi, a hopeful new member of the gang, comes to Joji to plead with him to send Hiroshi away, the gangster is warmly affected by her. However, Tokiko is jealous and determined to win Joji back no matter what the cost while Joji has his own decisions to make about his life. 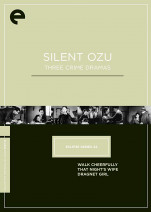 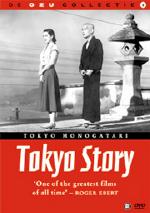 Aka "Tokyo Monogatari". One of the legendary classics of humanist cinema tells the simple, sad story... 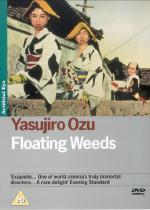 "Floating Weeds" tells the story of a travelling Kabuki acting troupe, led by Komajuro, who arrive i... 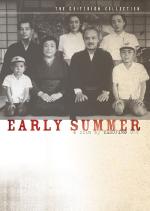 Setsuko Hara has been promised an arranged marriage in post-war Japan, but too much in the world has... 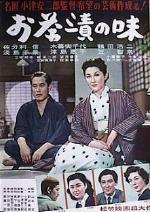 Influential Japanese auteur Yasujiro Ozu was the master of subtle elegant films that pack a bittersw... 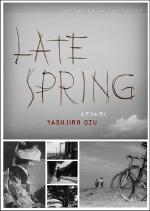