In this turbulent swashbuckler, Cecil B. DeMille presents a tale of daring piracy and hot-blooded love. 1840s Key West is filled with salvage businesses thriving on the cargo of wrecked ships. Ship owner Loxi Claiborne suspects salvager King Cutler of foul play, since he's always first on the scene at a wreck. Meanwhile, Loxi's suitor, Captain Jack Stuart, is another suspect  at least to jealous lawyer Steve Tolliver. Who will be found guilty  and how  hinges on some amazing developments. Along with the star-studded cast (including Robert Preston and Susan Hayward), this glorious sea spectacle has stars of another kind. There are huge clipper ships gliding in the mist, storms splintering them on the rocks, and a giant squid in a memorable underwater battle. Given DeMille's robust direction, it all adds up to an Oscar for Special Effects, and a potent combination of the romantic, the sensational and the heroic in vivid Technicolor trappings. (Variety) 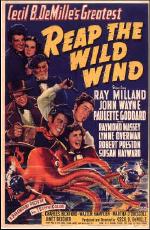 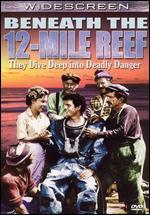 Follows two people caught up in the business rivalries of two sponge-diving families on Key West. It... 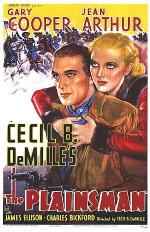